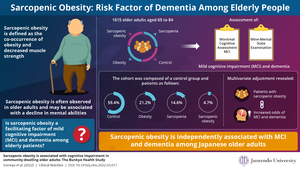 Dementia is a major health condition that affects over 15% Japanese people aged over 65 years. There are many reasons for the onset of dementia, among which sarcopenic obesity is considered a higher risk factor for various cognitive impairments. Does this association exist with dementia too? In this new study, a group of researchers from Japan addresses this question. They establish the association between sarcopenic obesity and dementia, opening up new possibilities in dementia treatment.

How much dust do children swallow? Researchers at the University of Arizona Mel and Enid Zuckerman College of Public Health will try to answer that question in Arizona as part of the Dust Ingestion Children Study, or DIRT, a national project funded by the Environmental Protection Agency (EPA).

Invasive species are one of the leading causes of global biodiversity loss, and pet trade is responsible for a third of all aquatic invasive species. Pet owners releasing unwanted pets into the wild is a major problem. Whilst many believe this is a humane option, a new research suggests that attempting to ‘save’ the life of a goldfish could in fact lead to catastrophic outcomes for native biodiversity.

New in-depth analysis of UK job market data reveals women, disabled people, ethnic minorities and young workers have been consistently trapped in insecure employment over the last twenty years. The Work Foundation, a leading think-tank dedicated to improving work in the UK, today launches its new ‘UK Insecure Work Index’ that details the prevalence of in-work insecurity felt by workers across the UK, and reveals how this insecurity has changed over the last two decades. Using ONS labour market data from 2000 to 2021, the Work Foundation index focuses on three elements that can constitute insecurity at work – employment contracts, personal finances and access to workers’ rights. Results reveal four groups of workers consistently trapped in the most severe category of in-work insecurity over the last twenty years, which has affected 20-25% of workers every year on average and an estimated 6.2 million employees just last year: • Young workers who are two and half times more likely to be in severely insecure work than those in the middle of their working lives (43% of 16-24-year olds vs. 17% of 25-65-year olds) • Women who are 10% more likely to be in severely insecure work than men (25% compared to 15%) • Ethnic minority workers are more likely to be in severely insecure work than white workers (24% versus 19%). Men from ethnic minority backgrounds are 10% more likely to experience severely insecure work compared to white men (23% versus 13%) • Disabled workers who are 6% more likely to suffer severely insecure work, compared to non-disabled workers (25% compared to 19%). In light of the cost of living crisis and the Government’s Levelling Up ambitions, the Work Foundation says the time is now for Government to step in and support those most in need. They call on Government to raise Universal Credit to support those in low-paid and insecure work, and to urgently drive up employment standards right across the UK.

Caesarean delivery, breathing problems, and large birth weight among potential complications for both mother and baby 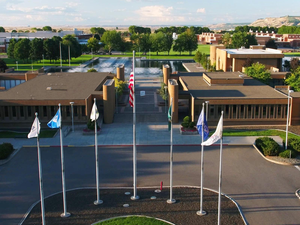 PNNL will demonstrate how new technologies, innovative approaches and partnering with others can lead to net-zero emissions and decarbonization of operations.