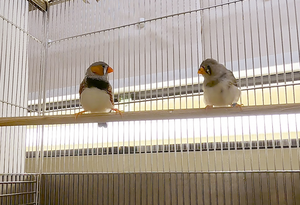 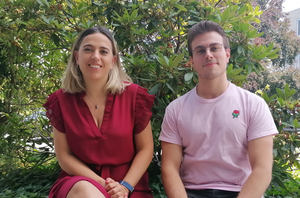 A new study published in eLife shows that inhibition of p38γ/δ is a potential therapeutic strategy for the treatment of hypertrophic cardiomyopathy, but that this strategy has yet to be explored because of the lack of specific inhibitors for these p38 family members.

Social isolation can have devastating health effects, especially for elderly people. A number of studies have shown that art is not only good for the soul, but can also improve both physical and mental well-being. Researchers in Canada investigated whether these art-based benefits could be delivered digitally through virtual museum tours. They found that indeed older adults who attended weekly guided tours online felt less frail – offering a public health model to promote healthy aging.

A deep dive into bird survey data has found that some of Australia’s favourite backyard visitors considered ‘common’ are actually on the decline as cities and suburbs opt for less greenery. The study, led by Griffith University and published in Biological Conservation, used citizen science data to examine the prevalence and diversity of bird species across Greater Brisbane, Greater Sydney, Greater Perth and Greater Melbourne. The team found that introduced species, historically prominent in Australian urban bird communities, were decreasing in prevalence in all four regions, while a small group of native urban exploiters were becoming more prevalent.

The Association for the Advancement of Blood and Biotherapies (AABB) has released clinical practice guidelines for the appropriate use of COVID-19 convalescent plasma (CCP) in hospital and outpatient settings. Based on two living systematic reviews of randomized controlled trials (RCTs), the guidelines provide five specific recommendations for treating patients with COVID-19 and suggest that CCP is most effective when transfused with high neutralizing titers to infected patients early after symptom onset. The guidelines are published in Annals of Internal Medicine. 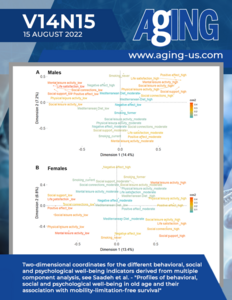 Aging (abbreviated as “Aging (Albany NY)” by Medline/PubMed and “Aging-US” by Web of Science) published a new issue of the latest research on aging in Volume 14, Issue 15.

A simple statistical test shows that contrary to current practice, the “gaps” within DNA protein and sequence alignments commonly used in evolutionary biology can provide important information about nucleotide and amino acid substitutions over time.