The theoretical work, led by physicist Charles Kane of the University of Pennsylvania, reveals an unexpected link between two major principles in physics that may inform future experimentation and an understanding of how to harness quantum information. 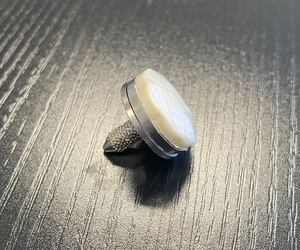 Researchers have developed a gel-based cartilage substitute to relieve achy knees that’s even stronger and more durable than the real thing. Mechanical testing reveals that their hydrogel -- a material made of water-absorbing polymers -- can be pressed and pulled with more force than natural cartilage, and is three times more resistant to wear and tear. Implants made of the material are currently being tested in sheep, with human clinical trials to start in 2023. 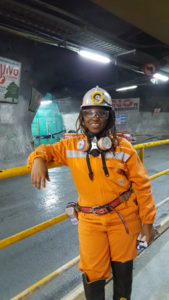 University of Arizona assistant professor Angelina Anani was awarded the 2022 Freeport-McMoRan Inc. Academic Career Development Grant. The award of $300,000 over three years will advance Anani's mine planning and operations research and help her introduce virtual and augmented reality teaching techniques. 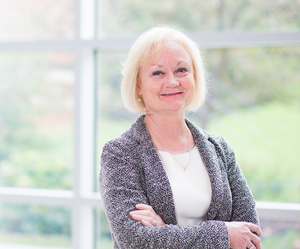 Bonnie Ownley, professor, graduate director, and assistant department head in the Department of Entomology and Plant Pathology at the University of Tennessee Institute of Agriculture, was selected as a 2022 American Phytopathological Society (APS) Fellow. 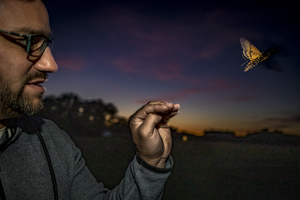 JMIR Publications published a study titled “Competition and Integration of US Health Systems in the Post-COVID-19 New Normal: Cross-sectional Survey” in JMIR Formative Research, which reported that the smaller the geographical region in which mergers and acquisitions (M&A) activity is pursued, the higher the likelihood that monopolistic tendencies will result. 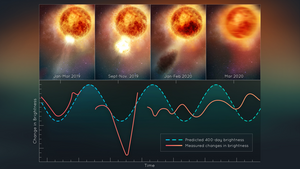 The star Betelgeuse appears as a brilliant, ruby-red, twinkling spot of light in the upper right shoulder of the winter constellation Orion the Hunter. But when viewed close up, astronomers know it as a seething monster with a 400-day-long heartbeat of regular pulsations. This aging star is classified as a supergiant because it has swelled up to an astonishing diameter of approximately 1 billion miles. If placed at the center of our solar system it would reach out to the orbit of Jupiter. The star's ultimate fate is to explode as a supernova. When that eventually happens it will be briefly visible in the daytime sky from Earth. But there are a lot of fireworks going on now before the final detonation. Astronomers using Hubble and other telescopes have deduced that the star blew off a huge piece of its visible surface in 2019. This has never before been seen on a star. Our petulant Sun routinely goes through mass ejections of its outer atmosphere, the corona. But those events are orders of magnitude weaker than what was seen on Betelgeuse. The first clue came when the star mysteriously darkened in late 2019. An immense cloud of obscuring dust formed from the ejected surface as it cooled. Astronomers have now pieced together a scenario for the upheaval. And the star is still slowly recovering; the photosphere is rebuilding itself. And the interior is reverberating like a bell that has been hit with a sledgehammer, disrupting the star’s normal cycle. This doesn't mean the monster star is going to explode any time soon, but the late-life convulsions may continue to amaze astronomers.