A new Rice University-led analysis of the remains of ancient predators reveals new information about how prehistoric humans did – or didn’t – find their food. 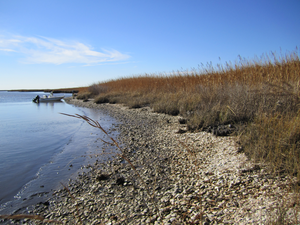 A new global study of Indigenous oyster fisheries co-led by Smithsonian’s National Museum of Natural History anthropologist Torben Rick and Temple University anthropologist and former Smithsonian postdoctoral fellow Leslie Reeder-Myers shows that oyster fisheries were hugely productive and sustainably managed on a massive scale over hundreds and even thousands of years of intensive harvest. The study’s broadest finding was that long before European colonizers arrived, the Indigenous groups in these locations harvested and ate immense quantities of oysters in a manner that did not appear to cause the bivalves’ populations to suffer and crash.

Tree-ring, ice core and volcano experts teamed up to identify one of the most climatically impactful volcanic eruptions in 4,000 years – Aniakchak II. In the process, they narrowed down potential dates for the Thera volcano eruption.

Analysis of Bronze Age daggers has shown that they were used for processing animal carcasses and not as non-functional symbols of identity and status, as previously thought. A revolutionary new method, pioneered by an international research team led by Newcastle University, UK, has enabled the world’s first extraction of organic residues from ten copper-alloy daggers. Using Picro-Sirius Red (PSR) solution to stain organic residues on the daggers, the residues were observed under several types of optical, digital, and scanning electron microscopes. This allowed the team to identify micro-residues of collagen and associated bone, muscle, and bundle tendon fibres , suggesting that the daggers had come into contact with multiple animal tissues and were used to process various types of animal carcasses. 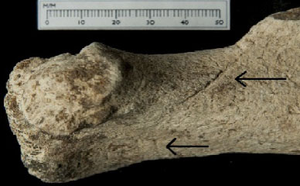 Four thousand years before Stonehenge was constructed, land within the World Heritage Site was covered by open woodland, with meadow-like clearings, inhabited by grazing animals and hunter-gatherers, according to new research by the University of Southampton. 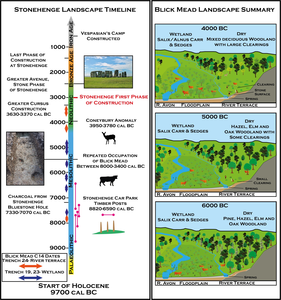 Hunter-gatherers made use of open woodland conditions in the millennia before Stonehenge monuments were built, according to a study published April 27, 2022 in the open-access journal PLOS ONE by Samuel Hudson of the University of Southampton, U.K., and colleagues. 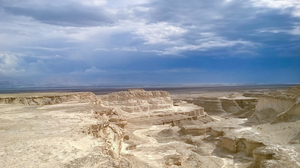 The lake level of the Dead Sea is currently dropping by more than one metre every year - mainly because of the heavy water consumption in the catchment area. However, very strong lake level drops due to climate changes are also known from earlier times. At the end of the last ice age, for example, the water level dropped by almost 250 metres within a few millennia. A study published today in the journal Scientific Reports now provides new insights into the exact course of this process. Daniela Müller and Achim Brauer from the German Research Centre for Geosciences (GFZ) in Potsdam, together with colleagues from the Hebrew University of Jerusalem, studied 15,000-year-old sediments from the Dead Sea and the surrounding area using newly developed methods. With unprecedented accuracy, they show that the long period of drought was interrupted by wet periods lasting ten to a hundred years. This also offers new insights into the settlement history of this region, which is significant for human development, and enables better assessments of current and future developments driven by climate change.