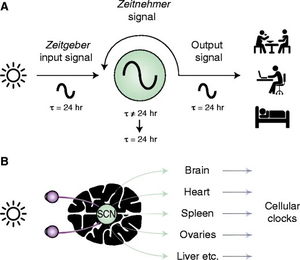 The combination of mathematical modeling and experiments identifies the difference in molecular clockworks of the master and slave clock neurons in Drosophila. This solves the long-standing mystery of the molecular mechanisms underlying how the circadian (~24h) clock can exhibit paradoxical characteristics of robustness (strong rhythms), and plasticity (flexible adaption). 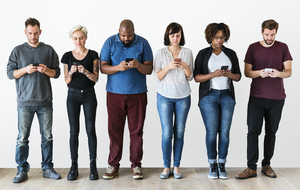 The time a person spends on different smartphone apps is enough to identify them from a larger group in more than one in three cases say researchers, who warn of the implications for security and privacy. They fed 4,680 days of app usage data into statistical models. Each of these days was paired with one of the 780 users, such that the models learnt people’s daily app use patterns. The researchers then tested whether models could identify an individual when provided with only a single day of smartphone activity that was anonymous and not yet paired with a user. Software granted access to a smartphone’s standard activity logging could render a reasonable prediction about a user’s identity even when they were LOGGED OUT of their account. An identification is possible with NO monitoring of conversations or behaviours within apps themselves. 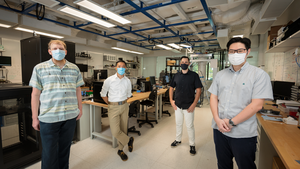 Singapore’s Quantum Engineering Programme, hosted at the National University of Singapore, will start conducting nationwide trials of quantum-safe communication technologies that promise robust network security for critical infrastructure and companies handling sensitive data. Supported by the National Research Foundation, Singapore, the project kicks off with 15 private and government collaborators on board. 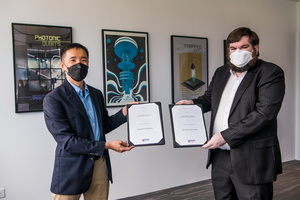 Horizon Quantum Computing, a Singapore-based company providing software development and deployment tools for quantum computing applications, is to become a node on the National Quantum-Safe Network announced by the National Research Foundation, Singapore, and the National University of Singapore (NUS). Horizon commits to supporting research and experimentation over the network that could build the foundations for a future quantum internet.

There has been debate over the best treatment for a certain type of stroke caused by a blockage of a large artery in the brain. A new meta-analysis finds that people who have this kind of stroke who can be treated within four-and-a-half hours after their symptoms start may do better after their stroke when treated with both a clot-busting drug and physical clot removal, compared to physical removal only. The research is published in the February 16, 2022, online issue of Neurology®, the medical journal of the American Academy of Neurology. Combining the two therapies, called bridging therapy, was linked to better chances of a person surviving and living independently after stroke. 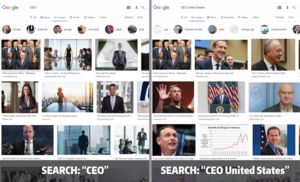 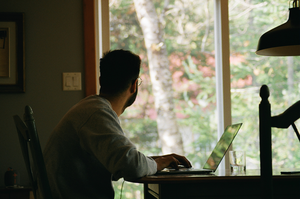 Great Britain's subjective wellbeing has tracked death rates through the first 18 months of the COVID-19 pandemic, while lockdowns are only associated with depressed mood for the first three weeks