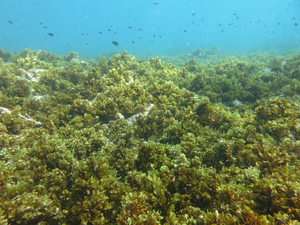 Coral reef ecosystems support diverse small-scale fisheries – and the fish they catch are rich in micronutrients vital to the health of millions of people in the tropics, a new Lancaster University-led study reveals. And, counter-intuitively, following bleaching events that kill off coral and can transform the composition of reef ecosystems, reef fisheries can remain rich sources of micronutrients, even increasing in nutritional value for some minerals. The findings, published today in the journal One Earth, show that the availability of micronutrients from coral reef small-scale fisheries may be more resilient to climate change than previously thought

A pioneering type of patented computer memory known as ULTRARAM™ has been demonstrated on silicon wafers in what is a major step towards its large-scale manufacture. ULTRARAM™ is novel type of memory with extraordinary properties. It combines the non-volatility of a data storage memory, like flash, with the speed, energy-efficiency and endurance of a working memory, like DRAM. To do this it utilises the unique properties of compound semiconductors, commonly used in photonic devices such as LEDS, laser diodes and infrared detectors, but not in digital electronics, which is the preserve of silicon. Remarkably, the ULTRARAM™ on silicon devices actually outperform previous incarnations of the technology on GaAs compound semiconductor wafers, demonstrating (extrapolated) data storage times of at least 1000 years, fast switching speed (for device size) and program-erase cycling endurance of at least 10 million, which is one hundred to one thousand times better than flash. Initially patented in the US, further patents on the technology are currently being progressed in key technology markets around the world.

The fossil record, which documents the history of life on Earth, is heavily biased by influences such as colonialism, history and global economics, argues a new study involving palaeontologists at the University of Birmingham and the University of Erlangen-Nürnberg.

It is the position of the Society for Nutrition Education and Behavior (SNEB) that there is no difference between healthful foods for adults and for children aged 2 and older, except for age-appropriate adjustments in texture and portion size, according to a new position paper in the Journal of Nutrition Education and Behavior, published by Elsevier.

Flying less is possible, as the COVID crisis has taught us over the past two years. This also applies to scientists who regularly fly around the globe for their work. A group of international scientists, led by Teun Bousema of Radboud university medical center, published on the carbon footprint of academic travel in the The Lancet Planetary Health. They also started a petition calling on colleagues, funders, institutes and conference organizers to adopt a thoughtful travel policy. The tally now stands at over a thousand signatories.

Accounting for air pollution impacts reduces climate mitigation costs without increasing inequality and increases global and regional welfare. A comprehensive integrated assessment modelling framework capturing the most critical interactions between air pollution, climate mitigation and the economy, in the study led by RFF-CMCC European Institute on Economics and the Environment (EIEE) just published in The Lancet Planetary Health. 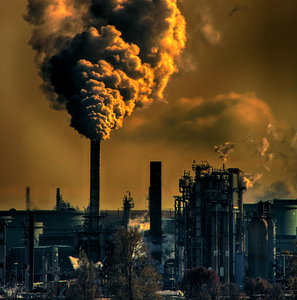 Nearly 2 million new cases of pediatric asthma every year may be caused by a traffic-related air pollutant, a problem particularly important in big cities around the world, according to a new study published today.