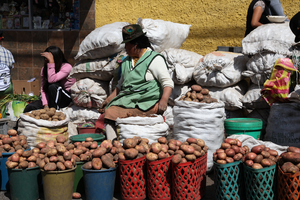 Thanks to a collaboration between researchers across the world, including the Alliance of Bioversity International and the International Center for Tropical Agriculture, potato breeders will now have a much better toolkit to develop new varieties best suited to their needs in a changing climate. 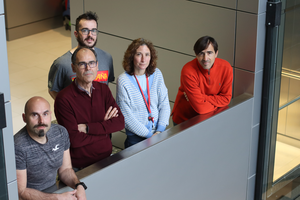 Scientists from the Spanish cardiovascular research network (CIBERCV) working at the CNIC and the Instituto de Investigación Sanitaria-Fundación Jiménez Díaz-Universidad Autónoma de Madrid (IIS-FJD-UAM), identifies circulating plasma proteins that indicate the presence of atherosclerotic disease in asymptomatic individuals, including those with no conventional risk factors for the development of cardiovascular disease

To simultaneous manipulate and monitor living brain activity at both microscopic and macroscopic levels and identify the links to behavior is a significant goal of neuroscience. Thanks to a hybrid combination of optogenetics and functional magnetic resonance imaging (fMRI), this goal is being realized. Two distinct methods, optogenetics and fMRI have working mechanisms that are completely different. Optogenetics combines genetic and optical methods to enable study the effect on brain function and behavior via manipulation or monitoring of specific cell populations, brain regions, or neural pathways. fMRI maps dynamic activities across the whole brain based on neural activity-induced hemodynamic changes. Combining these two technologies as "opto-fMRI" offers tremendous synergy in neuroscientific research. As reported in Neurophotonics, scientists at Pennsylvania State University recently synthesized the history, technical advances, applications, and important considerations of optogenetics, fMRI, and their synergistic combination. The result is a useful overview and discussion of future directions for this hybrid method in neuroscience and neuroimaging.

Vectorial properties of light beams and illuminated objects have long been a subject of scientific exploration, exploited in a wide range of technological applications—from biomedical optics to multiphoton lithography. Such properties can be described using either a Jones matrix or a Mueller matrix (MM). While the Jones matrix is typically used for dealing with fully polarized light interference, the MM contains 16 elements that can comprehensively represent the polarization characteristics or vectorial properties of a given object. Although the MM provides abundant information, the elements are not well-defined. They must be unpacked or “decomposed” to extract the specific polarization parameters. Current research directions in MM decomposition aim to extract meaningful metrics that can provide useful vectorial information for related applications, such as exotic material characterization or precise cancer boundary detection. An international team of researchers recently collaborated to develop a new framework for describing a class of vectorial metrics that can be extracted from the MM. As reported in Advanced Photonics, the newly demonstrated framework establishes a universal metric, derived from subsets of the MM elements. This is used to calculate different vectorial metrics that represent different physical properties of the sampled target object.

To make lidar sensors a standard safety feature, similar to airbags, MEMS (micro-electromechanical systems) scanning mirrors are regarded as the game changer that will enable low cost and long-term stable lidars. A tiny mirror, with a couple of millimeters in diameter, is patterned on a silicon body and made to oscillate thousands of times per second to steer the laser beam. This replaces the bulky and expensive rotating motor and bearings. However, the influence of vibrations, which are caused by bumpy roads and driving in general, on the performance of MEMS lidar measurements have not been reported so far. To close this knowledge gap, a team led by Prof. Georg Schitter of Technical University of Vienna (TU Wien) and Leonhard Kormann from Infineon Technologies Austria AG, supported by the Austrian Research Promotion Agency (FFG), aim to directly evaluate the robustness of a long-range MEMS scanning lidar against external vibrations. In their research, reported in the Journal of Optical Microsystems, they use a long-range MEMS lidar prototype, which is able to detect a tire on the road from 130 m, that is equipped with an application specified integrated circuit (ASIC), which senses the timing of the MEMS mirror movements with nanoseconds accuracy and secures a stable oscillation by a digital controller. 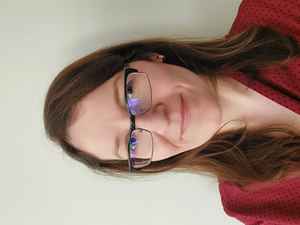 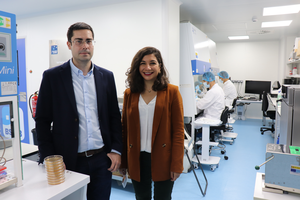 A study carried out by the University of Cordoba and the University of Burgos to understand the food safety of soft and cured cheeses found that storage at room temperature does not compromise food safety with respect to the presence of Listeria monocytogenes in both types of cheeses, compared to refrigeration, nor does the reduction of salt in soft cheeses in the range studied