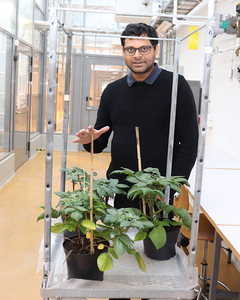 “We showed, for the first time, that spray-induced gene silencing can control late blight,” said Ramesh Vetukuri, a plant pathologist at the Swedish University of Agricultural Sciences who was involved with this research. “Our study is also the first to indicate that P. infestans sporangia can take up dsRNA from the surroundings and that it efficiently suppresses the expression of target genes.” 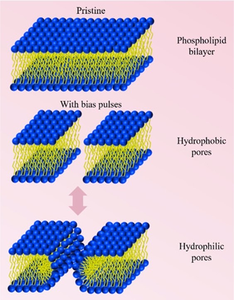 Researchers from SUTD developed a microsize-gap multiple-shot electroporation (M2E) device that could improve the effectiveness of delivering cancer drugs at a lower cost, globally. 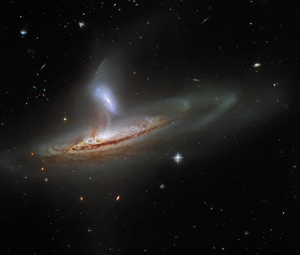 This image from the NASA/ESA Hubble Space Telescope feels incredibly three-dimensional for a piece of deep-space imagery. The image shows Arp 282, an interacting galaxy pair composed of the Seyfert galaxy NGC 169 (bottom) and the galaxy IC 1559 (top). Interestingly, both galaxies have monumentally energetic cores known as active galactic nuclei (AGN), although that is difficult to tell from this image, which is fortunate. If the image revealed the full emission of both AGNs, their brilliance would obscure the beautifully detailed tidal interactions we see in this image. Tidal forces occur when an object’s gravity causes another object to distort or stretch. The direction of tidal forces is away from the lower-mass object and toward the higher mass object. When two galaxies tidally interact, gas, dust, and even entire star systems can move toward one galaxy and away from the other. The image reveals this process in action as delicate streams of matter visibly link the two galaxies. Astronomers now accept that an important aspect of how galaxies evolve is the way they interact with one another. Galaxies can merge, collide, or brush past one another – each interaction significantly affecting their shapes and structures. As common as such interactions may be, it is rare to capture an image of two galaxies interacting in such a visibly dynamic way. 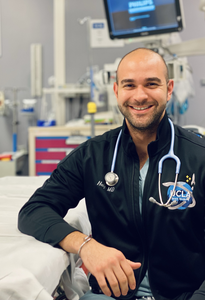 A newly launched UCLA Space Medicine Fellowship, the first of its kind in the U.S., aims to develop the next generation of flight surgeons who will support the health, safety, and well-being of human space flight and planetary expeditions.

New research shows that exposure to the industrial byproduct TCDD in utero could cause the brain’s immune system to go array later in life, damaging important brain circuits, and potentially giving rise to neurodevelopmental disorders, such as autism and ADHD. But researchers at the Del Monte Institute for Neuroscience at the University of Rochester also found that pharmacological manipulation could restore the function of microglia, important cells in the brain’s immune system.

When a person tries to access a memory, their brain quickly sifts through everything stored in it to find the relevant information. But as we age, many of us have difficulty retrieving memories. In a review publishing in the journal Trends in Cognitive Sciences on February 11, researchers propose an explanation for why this might be happening: the brains of older adults allocate more space to accumulated knowledge and have more material to navigate when attempting to access memories. While this wealth of prior knowledge can make memory retrieval challenging, the researchers say it has its upsides—this life experience can aid with creativity and decision-making.

What The Study Did: This study of 2.5 million military veterans serving after the September 11, 2001, terrorist attacks examined the association of traumatic brain injury with mortality and compared mortality rates for this group with rates for the total U.S. population.