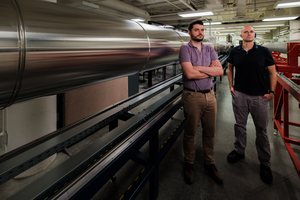 $10 million in funding will expand the UArizona's wind tunnel facilities, where researchers investigate the mechanisms behind flight at five times the speed of sound and faster. Among the improvements is an automation system which will allow one wind tunnel to operate five times as many tests per day.

Our brains are constantly uploading rich visual stimuli. But instead of seeing the latest image in real time, we actually see earlier versions because our brain's refresh time is about 15 seconds. The findings add to a growing body of research about the mechanism behind the "continuity field," a function of perception in which our brain merges what we see to give us a sense of visual stability. 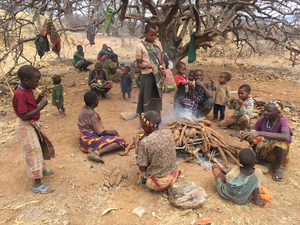 When it comes to feeding behavior, humans are the inefficient gas-guzzlers of the primate family, according to a new study of hunter-gatherer energy budgets. Unlike our herbivorous cousins who spend much of the day lounging while chewing their fibrous diets, early humans made high-risk, high-energy investments in finding big calories they could share with the group. And that in turn, likely led to free time and culture.

A new paper published in the Journal of the Association of Environmental and Resource Economists provides empirical evidence that risk aversion plays an important role in the coal contracting behavior of US power plants.

Journal
Journal of the Association of Environmental and Resource Economists
Funder
John M. Olin Program in Law and Economics 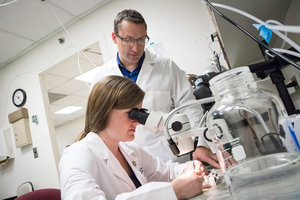 Paul Chantler, a researcher in West Virginia University's School of Medicine, is studying the link between chronic stress and Alzheimer’s disease. By learning more about how a certain enzyme contributes to Alzheimer’s progression, he and his team can uncover new possibilities for slowing the disease’s progression or onset. 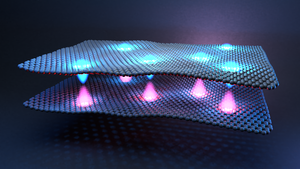 Using one of the most powerful lasers on the planet, researchers have determined the melting temperature of iron at conditions like those in the cores of super-Earth exoplanets. The findings suggest that the presence of magnetospheres in super-Earth-sized planets is likely more prevalent and long-lasting than previously thought. The temperature at which iron melts under extreme pressures is important for terrestrial planets as it largely defines the size and nature of their liquid metal core, which can support a planetary magnetic field that protects the surface from harmful solar winds and charged particles. These protective magnetic fields are often considered necessary for habitability by life as we know it. Earth’s magnetic field is generated in the convecting liquid iron outer core surrounding a solid iron inner core. However, the extreme conditions in super-Earth exoplanets – those with masses several times bigger than Earth – aren’t well defined. As a result, whether such planets can host dynamo-generated magnetospheres isn’t well understood. Using the exceptionally high-energy lasers at the National Ignition Facility of Lawrence Livermore National Laboratory, Richard Kraus and colleagues determined the melting point of iron up to 1000 gigapascals (Gpa) – three times the pressure of Earth’s inner core and nearly four times greater pressure than any previous experiments. The findings show that a liquid metal core lasts the longest on planets four to six times larger in mass than the Earth, suggesting that super-Earths are likely to have a longer duration of magnetically shielded habitability than Earth. In a related Perspective, Youjun Zhang and Jung-Fu Lin discuss the study’s findings and limitations.