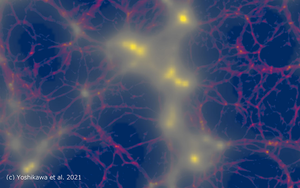 Researchers led by the University of Tsukuba carried out simulations of large-scale structure formation in the Universe that accurately reproduce the dynamics of ghost-like particles called neutrinos left over from the Big Bang. In the demonstrated approach, an equation known as the Vlasov equation is directly solved in six dimensions, which avoids key problems associated with conventional particle-based N-body simulations. In combination with cosmological observations, this work could help to determine the unknown neutrino mass.

A team of researchers led by UNSW Sydney have mapped this timescale of the Tasmanian devils' whisker for the first time, showing that their whiskers can capture seasonal dietary changes over at least nine months and potentially up to a year.

Metal organic frameworks (MOFs) — honeycomb-like structures of metal ions and organic linkers— have exceptionally large surface areas and porosities that scientists have exploited for various applications, such as industrial carbon capture, fuel storage and harvesting water from the air. Recently, MOFs were also found to conduct electrical charge, opening doors to new applications, according to a cover story in Chemical & Engineering News, an independent news outlet of the American Chemical Society. 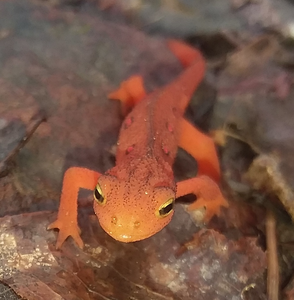 This five-year study funded by the National Science Foundation will enable researchers from multiple biological science disciplines to evaluate amphibian resilience to the disease chytridiomycosis, which is caused by a fungus that affects amphibians worldwide. 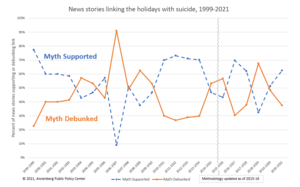 While the nation was in the grips of the Covid-19 pandemic during last year’s holiday season, not many in the media were focused on possible links between the holidays and suicide trends. 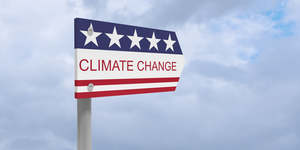 Belief in climate change among Florida Republicans has climbed to nearly 9 out of 10 adults, apparently trending upwards, according to a new analysis of five sequenced surveys since 2019. The climate change issue may no longer be an effective campaign trail theme for the state’s party leaders as both parties gear up for the mid-term elections. Democrats register a higher belief rate (96 percent) than do residents affiliated with the GOP (88 percent), however, the latter group’s share appears more than sufficient for Republican lawmakers to feel that openly acknowledging the science of climate change will not erode their popular support.