This Groundbreaking 330+ Page Report and Narrative Review Includes Four Parts and Recommendations New York, N.Y., (March. 30, 2022) - Today, the Center for Food As Medicine (FoodMedCenter.org) and the Hunter College NYC Food Policy Center (nycfoodpolicy.org) released its groundbreaking, 335 page (with more than 2500 citations), first ever, academic narrative review and report of the food as medicine movement, titled “Food As Medicine: How Food and Diet Impact the Treatment of Disease and Disease Management.” 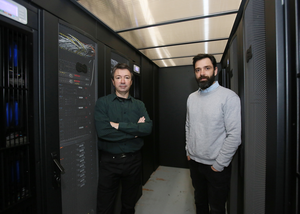 Researchers from the UPV/EHU-University of the Basque Country, the UNED (National Distance Education University) and Elhuyar have created the VIGICOVID system, thanks to Supera COVID-19 (Overcoming COVID-19) funding by the CRUE (Association of Spanish Universities). This system addresses the need to search for answers in the avalanche of information generated by all the research conducted across the world relating to the pandemic. By means of artificial intelligence, the system displays the answers found in a set of scientific articles in an orderly fashion, and uses natural language questions and answers. 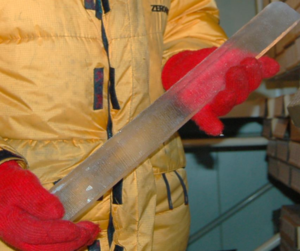 Researchers have discovered argon trapped in air-hydrate crystals in ice cores, which can be used to reconstruct past temperature changes and climate shifts. 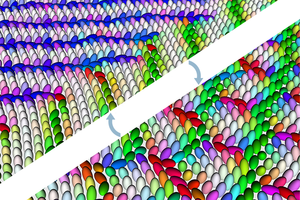 A team led by a researcher from Institute of Industrial Science, The University of Tokyo has devised a two-dimensional crystal model to determine the effect of topological transitions on chiral molecular crystals. They found that the interaction between steric anisotropy and chiral twisting produces an emergent electric field. This provides a switch for the mechanical control of material properties, which is hoped will allow for the design of tunable molecular and colloidal crystals.

A new paper in Oxford Open Energy, published by Oxford University Press, indicates that countries can get to net-zero carbon emissions by 2050 while maintaining economic growth.

Grafting has been widely used for hundreds of years for the clonal propagation of vegetables and woody fruit trees. Several steps are necessary for successful grafting, including callus formation and the differentiation of vascular tissues. The reconnection of xylem and phloem allows bidirectional exchanges of water, nutrients, hormones, metabolites, peptides, small organic molecules, and nucleic acids between the scion and rootstock. In particular, the movement of small RNAs (smRNAs) between graft partners has recently been used as a strategy to silence target genes and control various physiological processes related to plant development and stress response. The 24-nt siRNAs, which derive from long dsRNA precursors, are generated from heterochromatic regions through the successive actions of RNA polymerase IV, RNA-dependent RNA polymerase RDRD2, and DLC3. They participate in transcriptional gene silencing by guiding the Domain rearranged DNA methyltransferase (DRM) and therefore play an essential role in the RNA–directed DNA methylation (RdDM) pathway. SmRNAs can move either from cell-to-cell or systemically. Cell-to-cell movement occurs through plasmodesmata, which establish cytosolic continuity between adjacent cells, whereas long-distance systemic trafficking takes place through the plant vascular system. The evidence for smRNA mobility in plants has mainly been obtained using grafting, in which part of a plant undergoing RNA-mediated gene silencing is grafted onto a plant that does not experience silencing. The exchange of smRNAs across the graft junction can affect the physiology and development of both the scion and rootstock.