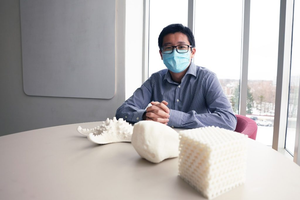 Facing the challenging task of developing lightweight, high-strength ceramic materials, Mechanical Engineering Assistant Professor Ling Li has turned to an unexpected collaborator for design inspiration: the knobby starfish from the tropical Indo-Pacific. By investigating the complex and highly ordered mineralized skeletal system of this unusual marine species, Li and his research team discovered an unexpected combination of characteristics that may lead to developing an entirely new class of high-performance lightweight ceramic composites. Science Magazine featured their findings in a recent cover story.

Samples recovered from the nearby carbonaceous asteroid Ryugu by the Hayabusa2 spacecraft are representative of both the asteroid’s surface and sub-surface, according to a new report. From June 2018 to November 2019, Hayabusa2 investigated Ryugu, characterizing the asteroid from orbit, and collecting samples of the rocky surface for return to Earth. Two landing operations were performed: one which sampled the material on Ryugu’s surface, and another that collected sub-surface material excavated by an artificial impact experiment. In December 2020, Hayabusa2 delivered roughly five grams of material to Earth. Here, Shogo Tachibana and colleagues describe the second sample collection and the physical characteristics of the returned samples. Using images and videos captured during both landing operations, Tachibana et al. characterized the properties of the pebble-sized rocks scattered across Ryugu’s surface, showing they have similar morphologies to the asteroid’s larger boulders, with shapes ranging from quasi-spherical to flattened. Comparing these observations with the materials delivered to Earth, the authors show that the colors, shapes and structures of the samples are consistent with material surrounding each collection site on Ryugu. The findings indicate that the samples recovered during the Hayabusa2 mission are representative of Ryugu’s surface and subsurface material. For reporters interested in trends, Hayabusa2’s first sample collection effort was detailed by Tomokatsu Morota et al. in a May 2020 study in Science. 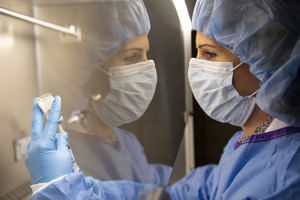 Rural counties saw 2.4 times more COVID-19 infections per capita compared to urban counties in July and August of 2021 during a surge of the delta variant. Early data suggest omicron is spreading faster in urban areas but causing more hospitalization and death in rural counties where vaccination is lagging.

Today, the U.S. Department of Energy (DOE) announced $18 million for research and development (R&D) in accelerator science and technology for nuclear physics research. 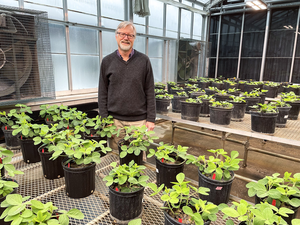 Soybeans outmatch all other legumes as the protein powerhouses of the plant kingdom, providing a key protein source for humans and livestock around the world. And now, after 30 years, University of Illinois scientists have identified the gene with the largest impact on seed protein in soybean.

Join us on Friday, Feb. 18., at 12:00 p.m. U.S. Eastern time for the AAAS Kavli Science Journalism Awards ceremony, to be held in conjunction with the virtual 2022 AAAS Annual Meeting.