A foundational gift has endowed and named the Cornell Mui Ho Center for Cities in the College of Architecture, Art and Planning (AAP), advancing research, teaching and partnerships dedicated to fostering more sustainable and just cities. 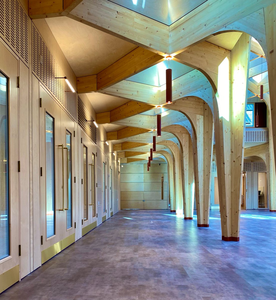 Advanced computing expertise is being used to help ensure that hospice patients are better protected from Covid-19 following a pioneering study led by The University of Manchester. The Manchester findings informed care managers at the hospice and enabled them to find ways of mitigating any risks and create an even safer environment for patients, staff and visitors. The pioneering work has also provided a new metric to inform architects when they look to design similar care facilities in the future. 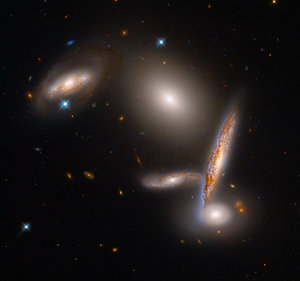 In a lonely patch of the universe, five tightly grouped galaxies engage in a leisurely dance. Called the Hickson Compact Group 40 (HCG 40), this eclectic bunch includes three spiral-shaped galaxies, an elliptical galaxy and a lenticular (lens-like) galaxy. In about 1 billion years, they will collide and merge to form a giant elliptical galaxy. For its 32nd birthday, Hubble captured these galaxies at a very special moment in their lifetimes as they fall together and continue their dance, but before they merge. Scientists have cataloged more than 100 such compact galaxy groups, but HCG 40 is one of the most densely packed. Tight groups like this may have been more common in the early universe when their superheated, infalling material may have fueled very energetic black holes called quasars. Studying nearby groups like HCG 40 helps astronomers learn about how galaxies formed.

Using advanced techniques for imaging the brain and eyes, along with new biomarkers, researchers in the Department of Neurology at Cedars-Sinai are working to present a clearer picture of multiple sclerosis (MS). Their work could lead to improved diagnosis and treatment of the disease, in which the body’s immune system attacks the brain, spinal cord and optic nerves. Argonne physicist Karen Byrum has been named a deputy project manager for the Mu2e experiment, an expansion of her current role. 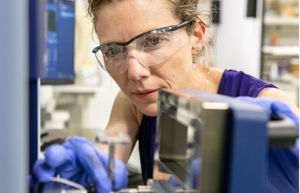 At the Department of Energy’s Oak Ridge National Laboratory, biogeochemist Elizabeth Herndon is working with colleagues to investigate a piece of the Earth's carbon cycle puzzle that has received little attention thus far: the role of manganese in soils. 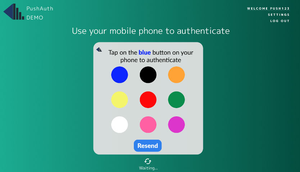 As an extra layer of security, several online services have adopted push notification-based two-factor authentication systems, whereby users must approve login attempts through a mobile device. In current authentication systems, especially the “tap to approve” approach, there is no explicit link that indicates correspondence between the user’s browser session and the notification they receive on their device. This vulnerability can be exploited by an attacker. 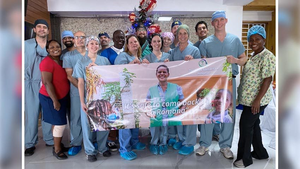 Each year, a team from University of Michigan Health's Department of Orthopaedic Surgery travel to the Dominican Republic for a medical mission, where the operate on local patients at an under-resourced hospital. Ahead of another mission, leaders are looking to grow the program by adding more trips and resources, as well as partnering with more institutions. The National Academies of Sciences, Engineering and Medicine organized a team of 17 national nursing home experts, including MU’s Marilyn Rantz, a Curators’ professor emerita at the MU Sinclair School of Nursing. The panel, which first met in fall 2020, recently released a national report providing recommendations to the U.S. Congress for improving the quality of care in nursing homes throughout the country.