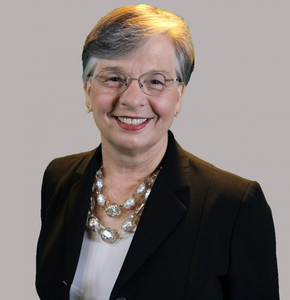 Bullock helped implement the Domestic Violence Enhanced Perinatal Home Visits (DOVE) program in rural Missouri, which empowered safety planning and reduced domestic violence for hundreds of abused pregnant women. After learning from home health visits that many of the abused women had up to nine different romantic partners during and following pregnancy, Bullock conducted a study to examine the impact of multiple father figures on the cognitive development of the newborn infants. After administering neurodevelopmental tests during home visits three, six and 12 months after birth, she was surprised to find the infants of women who had only one male partner who abused them had worse cognitive outcomes compared to infants of women with multiple male partners, only some of whom were abusive.

Plants regulate their growth using hormones, including a group called strigolactones that prevent excessive budding and branching. Strigolactones also help plant roots form symbiotic relationships with microorganisms that allow the plant to absorb nutrients from the soil. These two factors have led to agricultural interest in using strigolactones to control the growth of weeds and root parasites, as well as improving nutrient uptake. These root-extruding compounds also stimulate germination of witchweeds and broomrapes, which can cause entire crops of grain to fail, making thorough research essential prior to commercial development. Now, for the first time, scientists led by UC Riverside have synthesized strigolactones from microbes. 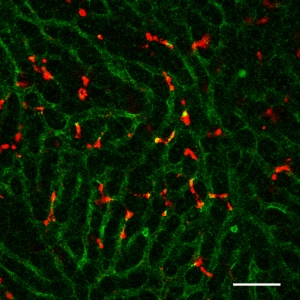 A multi-disciplinary team from Lehigh University and the University of Lausanne discovered and characterized a new mechanism that a simple yeast cell uses to acquire its shape. They describe these results in a paper called “Cell patterning by secretion-induced plasma membrane flows” in the latest issue of Science Advances (DOI: 10.1126/sciadv.abg6718).

PARP inhibitors are an important ovarian cancer treatment, but patients can commonly develop resistance to them. This resistance and how to overcome it are an area of research that Benjamin Bitler, PhD, CU Cancer Center member and assistant professor of reproductive sciences, has pursued with research partners across the CU Anschutz Medical Campus and the country. Now, his ongoing research is supported by a seven-year R37 MERIT Award, given by the National Institutes of Health to provide long-term support to investigators whose research competence and productivity are deemed superior. 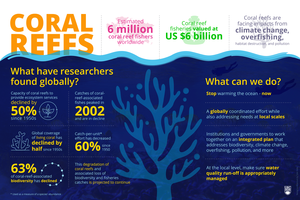 The capacity of coral reefs to provide ecosystem services such as food and jobs, relied on by millions of people worldwide, has declined by half since the 1950s, according to a new University of British Columbia-led study. Other findings are equally bleak: the authors found that global coverage of living corals had declined by about half since the 1950s and consequently, the diversity of species had also declined, by more than 60 per cent. Finding targets for recovery and climate adaptation would require a global effort, while also addressing needs at a local level, authors say.