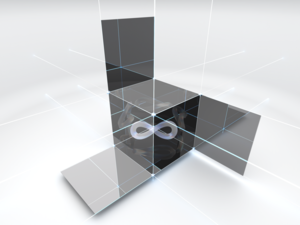 An international research team, led by DIPC and Princeton University, discovered that almost all materials in nature exhibit at least one topological state, contradicting the 40-year-old assumption that topological materials are rare and esoteric. In a paper published this week in Science, the team also introduces the new concept of “supertopological” to the theory of band topology.

Predictions of how marine organisms like mollusks, sea urchins and coccolithophores will continue to form their calcium carbonate components as climate change impacts the oceans rely heavily on the fossil record of nannoplankton during past warming events. Now, an unconventional approach to studying fossils of marine coccolithophores discovered in black shale deposits worldwide reveal plankton were more resilient to Earth’s past periods of prolonged ocean warming than traditional fossil evidence suggests. As the planet warms and levels of atmospheric carbon dioxide (CO2) rise, ocean acidification and declining concentrations of seawater carbonite will likely impact marine organisms that form calcium carbonate shells and skeletons. This is particularly true for coccolithophores, or nannoplankton, which are the most productive marine calcifiers, and which play a central role in global biogeochemical processes; even so, predicting their response to future environmental change remains a challenge. Declines in nannoplankton fossils during previous global warming events, such as the Toarcian OAE, which occurred roughly 183 million years ago in the early Jurassic, have been interpreted as a “biocalcification crisis,” whereby ocean acidification and related environmental factors compromised calcium carbonate production. However, some have argued that these declines in calcium carbonate are caused by dissolution of carbonate at the seafloor during these warming events and that independent evidence for nannoplankton responses to ocean acidification must be better demonstrated before biocalcification crises are invoked. Using scanning electron microscopy on samples of Toarcian rock from the UK, Germany, Japan, and New Zealand, Sam Slater and colleagues investigated types of constituent organic matter. Moving beyond conventional nannofossil analyses, Slater and team focused on an overlooked form of preservation – namely, imprint (or “ghost”) nannofossils – which provide critical information that may be lost from the more routinely studied body fossil records. In doing so, Slater et al. unexpectedly discovered abundant ghost nannofossils of coccolithophores pressed into the surfaces of larger organic particles, including plankton, spores and seeds. The authors found flawlessly preserved nannoplankton imprint fossils throughout several inferred biocalcification crises during the Jurassic and Cretaceous, suggesting that nannoplankton was more resilient to past warming events than traditional fossil record analyses suggest. These findings indicate no evidence of biocalcification crises during the periods studied, at least for plankton that form calcite, and they highlight how a literal reading of the fossil record can mislead interpretations, say the authors. In a related Perspective, Jorijntje Henderiks discusses the findings in greater detail.

Using an approach that converts one long optical cable into many individual segments capable of detecting activity around them, undersea communications cables could create a vast network of seafloor environmental sensors – without the need to change existing infrastructure, researchers report. The new approach, which builds upon previous research demonstrating the utility of optical fiber-based seafloor sensing technology, could be employed to detect and better characterize submarine seismic vibrations and ocean currents with greater precision. “By converting submarine cables into arrays of environmental sensors, a large network of hundreds or thousands of permanent and real-time seafloor sensors could be implemented without modification of the existing subsea infrastructure,” write Giuseppe Marra and colleagues. “This has the potential to transform our understanding of both shallow and deep processes inside the Earth.” A growing body of research demonstrates that existing underwater optical communication cables can be used as seafloor sensors to monitor seismic activity and other underwater disturbances. However, previous techniques are limited in spatial resolution and sensitivity because the entire length of a cable – which can span thousands of kilometers (km) – acts as a single sensor. Using the repeaters that amplify an optical signal as it moves through a cable and a laser, Marra et al. show how a single cable can be divided into many individual segments, effectively converting one cable into an array of interferometry-based environmental sensors. The authors tested the approach using a 5,860-km-long submarine optical fiber link between the United Kingdom and Canada, which contained repeaters approximately every 46 km. Using this approach, Marra et al. detected several earthquakes, weak seismic movements, and ocean currents along the cable. They were also able to determine the epicentral region of a distant quake using signals from different segments along the cable. For reporters interested in trends, several recent Science publications have presented similar methods for using existing telecommunication cables as geophysical sensors. A February 2021 Science Report demonstrates (www.science.org/doi/full/10.1126/science.abe6648) the use of polarization in regular telecommunication traffic to detect seismic disturbances in a 10,000-km-long fiber-optic submarine cable. Also, a November 2019 Report in Science (www.science.org/doi/10.1126/science.aay5881) demonstrated that ocean and seafloor dynamics can be monitored using Distributed Acoustic Sensing (DAS) in unused optical fiber, or “dark fibers,” in fiber optic cables.

In a new study, an international team of researchers explored how crowdsourcing projects can make the most effective use of volunteer contributions. 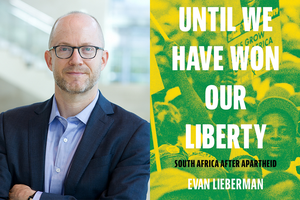 MIT political scientist Evan Lieberman’s new book, “Until We Have Won Our Liberty,” examines the condition of South Africa, a quarter-century after it became a multiracial democracy.

Trinity scientists, along with international colleagues, have explored the importance of sea travel in prehistory by examining the genomes of ancient Maltese humans and comparing these with the genomes of this period from across Europe. Previous findings from the archaeological team had suggested that towards the end of the third millennium BC the use of the Maltese temples declined. Now, using genetic data from ancient Maltese individuals the current interdisciplinary research team has suggested a potential contributing cause. Researchers found that these ancient humans lacked some of the signatures of genetic changes that swept across Europe in this period, because of their island separation. Scientists concluded that physical topography, in particular seascapes played a central role as barriers to genetic exchange.